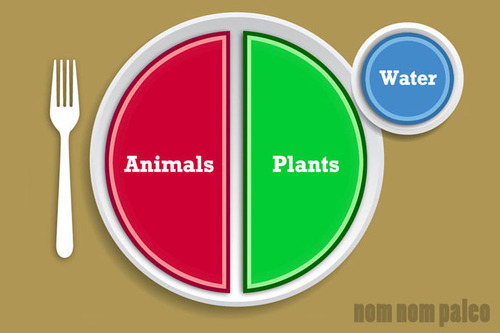 This is part two of a ten part series on the Habit Pyramid, a set of ten core habits that allow us to live purposefully in spite of modern challenges. Read part one here.

Let’s start with a phone call that changed my life.

“Kendra, I just want to thank you,” she began.

“I was so anxious when you had your retreat here in December and wanted those special recipes. I had no idea how to cook them, but we’ve been eating that way ever since, and it’s literally saved my life.”

I had no idea how to respond to that.

She kept going, “I just got back from my doctor’s office, and he was downright giddy. He shook my hand and told me that he’d never seen results like this before.”

The caller was my Mom’s best friend. We call her Aunt Vickie. Three months had passed since I’d hosted a planning retreat at her bed and breakfast. I’d asked her to prepare specific recipes for the group. I knew she was amazing in the kitchen, and it never occurred to me that this would be stressful for her. I never saw her sweat, and every dish she prepared was as delicious as I’d imagined. But no one else seemed to take particular interest in their selection, and I’d almost forgotten about our experiment.

She hadn’t. Vickie and her husband Marshall have been eating “paleo” ever since.

In just a few months, she’d lost over 20 pounds. That wasn’t even the best part. Her previous visit to the doctor had been a terrifying one. He’d given her a deadline to turn her numbers around, or he was going to put her on a slew of prescriptions to save her life. Her blood pressure and cholesterol were dangerously high, and he told her that she was on the cusp of becoming diabetic.

Now, that had all been reversed. Her blood pressure, cholesterol, and blood sugar were all in the healthy range.

It felt amazing to hear her recount their conversation.

The doctor first asked if she’d been following the DASH diet as he’d prescribed. “Not at all,” she replied, “there was no way we could follow that.” Then he assumed she’d been exercising significantly more. “Not really, aside from walking the dogs.” I could hear her smiling through the phone as she described that fateful weekend and his reaction to what foods she’d been eating. Bacon and eggs for breakfast nearly every day. A big salad for lunch, with lots of avocado, her favorite food. Meats and sauteed vegetables for dinner. Baffled, he asked for a copy of her mysterious cookbook.

Let food be thy medicine and medicine be thy food. – Hippocrates

When first introduced to paleo, all of us have a tendency to focus on what it excludes. That’s a natural response, and I’d like to offer another perspective.

How would you feel if you couldn’t eat sawdust, poison, or chemicals anymore? I’m guessing that wouldn’t be much of a sacrifice.

Don’t take my word for it. You can read about how “conventional wisdom” came to be, about the short term impacts, and about how paleo compares to other styles of eating. You can watch Dr. Terry Wahls explain how changing her diet cured her multiple sclerosis. You can listen to Robb Wolf’s library of over 100 audio interviews.

Better yet, just try your own experiment. Eat paleo for 10 days and see if you don’t lose weight, have more energy and fewer aches and pains.

I like Vickie’s definition of paleo best. She calls it “real food in satisfying quantities.” “I feel like all I’ve given up is worrying, counting, and feeling hungry all the time.”

So, let’s talk about the specifics. These are the three general guidelines for paleo that I (and most others that I know) follow.

1. If it came from the earth or an animal, it’s generally good to eat. This would include fruits, vegetables, meats, seafood, nuts, and natural oils. These foods typically do not have a barcode and a long list of ingredients.

2. If it comes in a box or package and has dozens of ingredients that you can’t pronounce, it’s probably not food and you shouldn’t eat it.

3. If it is a grain, starch, or dairy product and you don’t know its genetic background, it has probably been significantly modified along the way and you probably shouldn’t eat it.

For me, it made eating very simple. I’ve also enjoyed the adventure of exploring new foods.

Until recently, there were lots of vegetables I’d never even tried. Just this summer, I had beets and spaghetti squash for the very first time, and I learned that Filipino mangoes are heavenly.

If you’d like to know more about the evolution of my eating, I chronicled my journey in this article. Or, I’d be happy to answer any questions you have in the comments. Vickie also promised she’d be available if you’d like to ask her a question.