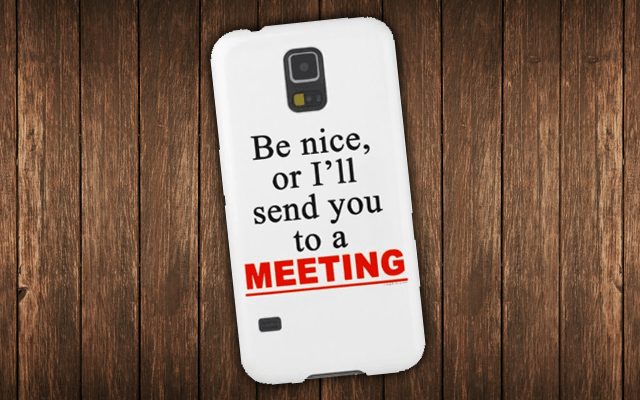 There’s no shortage of jokes or complaints about how horrible meetings can be. They’re boring. They’re pointless. They’re a waste of time.

The idea of using “meeting” and “excellence” in the same sentence may strike you as absurd. But, again, if meetings are your principal leadership stage, then they must either be the platform for the aspiration and expression of Excellence or you are not serious about Excellence.

A meeting for the leader is pure, unadulterated theater.

A meeting worth calling is a meeting worthy of intensive preparation. Your aim is to be high – and strategic. Even when the topic is “trivial.”

Every meeting that does not stir the imagination and curiosity of attendees and increase bonding and cooperation and engagement and sense of worth and motivate rapid action and enhance performance enthusiasm is a permanently lost opportunity.

For your leadership “theater” to be successful, there are several “performances” you’ll need to master and add to your portfolio.

Each is essential to your team’s continued alignment and effectiveness.

“People often say that motivation doesn’t last. Well, neither does bathing, that’s why we recommend it daily.” – Zig Ziglar

One of the most powerful forces we can leverage is consistency, and an effective way to do that is with a daily huddle. Our morning Stand-Up lasts less than 10 minutes and brings all functional shift leaders together to share key operational information and any potential obstacles. It quickly keeps all departments informed and provides needed context for decisions they’ll make throughout the day. (We actually have an afternoon huddle as well, as we operate 24/7.)

I’ve also seen several variations on this theme that organizations can utilize. Southwest Michigan First, an economic development organization, holds a scrum at 8:05am to ensure their continued success. Motivational speaker Eric Thomas has a phone call with his accountability group every morning.

My favorite example of this power of this dedication comes from Team of Teams, the story of the Joint Special Operations Task Force in Iraq under General Stanley McChrystal. Each day revolved around a 90-minute Operations & Intelligence Briefing that eventually involved thousands of participants all around the globe. On a recent podcast, McChrystal noted that one focused hour enabled every team to make the most of the next 23.

“The day soldiers stop bring you their problems is the day you have stopped leading them.” – General Colin Powell

Estimates are that the average worker exchanges between 100 and 120 emails a day and spends several hours processing it. A weekly regroup is an effective way to reduce the email overwhelm and keep projects and teams moving forward.

Throughout the week, teams can use a project management software (such as Asana or Basecamp) or even a simple shared GoogleDoc to note completed tasks and capture questions as they arise. Weekly, in person or on a conference call, the team can review progress and talk through challenges. (Personally, I think Khorus is fabulous for this.)

This type of meeting is also another opportunity for leaders to share the vision and perspective for why the project is important. Repeatedly providing this higher level of context helps the team stay aligned and focus on the appropriate priorities.

“Nothing happens to the wise man against his expectation . . . nor do all things turn out for him as he wished but as he reckoned – and above all he reckoned that something could block his plans.” – Seneca

Historically used by estate planners and livestock inspectors, this type of pre-event planning is the meeting equivalent of a superfood. Its benefits go beyond the obvious of averting disaster and contingency planning. Because of the way conversations evolve, this type of gathering is particularly useful for sharing context and background.

The Stoics called it premeditatio malorum – premeditation of evils. And that’s the first step – get everyone in a room and brainstorm about bad things that could happen. The goal is to anticipate all of the potential problems that could occur, and then concentrate on finding solutions or preventions to the ones that could do major damage.

Some might say that all this negative thinking is pessimistic and brings people down, but the truth is actually the opposite. Your team will feel more confident than ever, knowing that there’s a plan for any major “evils” that could arise. This type of meeting also helps build camaraderie because it’s explicitly clear why teamwork is essential for success.

To give this “performance” a try, look at your calendar for the next launch, special event, or crunch time that challenges your normal operations. Schedule a time when everyone involved can gather together without interruption, set the stage by describing the goal for the meeting, and then turn the team loose to brainstorm. Once you have an exhaustive list, facilitate the ranking process and focus on the key solutions.

“In good organizations, people can focus on their work and have confidence that if they get their work done, good things will happen for both the company and them personally.” – Ben Horowitz

Widely considered one of America’s best CEO’s, Andy Grove spoke frequently on the power of individual meetings. He considered them one of the highest value investments a leader can make.

For this “performance,” the key is to focus on listening. As Horowitz explains, “this is the free-form meeting for all the pressing issues, brilliant ideas, and chronic frustrations that do not fit neatly into status reports, email, and other less personal and intimate mechanisms.” If the team member doesn’t eagerly share about these areas, the leader should invite conversation with questions.

As with any show, canceling a performance is a big deal and shouldn’t happen often. Regularly postponing or canceling one-on-one’s with your team members sends the message that you’re not interested in their success or not capable of supporting them.

On the other hand, if team members understand how their role supports the company’s success and feel supported by their leader, they’ll stay engaged through the toughest of times.