The Evolution of My Eating 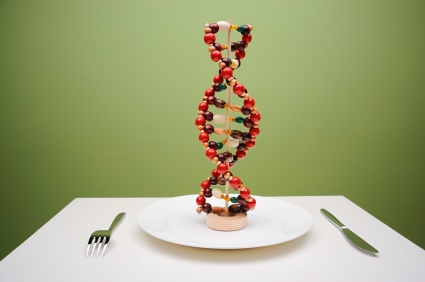 Much of that change centered around my health, but I knew little about what to do differently. I started simply. And I started reading.

It doesn’t have a direct correlation to my food, but it was tangible evidence of my internal revolution. It was my beginning.

That Thursday, I bought a pair of Vibrams. It’s an odd place to start, I know. But my feet and ankles have been messed up since the 3rd grade. My ankles would roll just by walking down the street. I’d recently read Born to Run and healing them by being barefoot made as much sense as anything. [Side note: I wore them for about 9 months straight. Lots of bad jokes later, I can hike the roughest terrain without a tinge of pain.]

Though a family tradition, the Dr. Pepper’s had to go. I had been as addicted as anyone, but I really never missed them. Since then, I’ve probably had less than 10.

This was an obvious change, but I had a particular motivation. My mother has suffered from Fibromyalgia (FM) and Chronic Fatigue Syndrome since 1991. For a decade, it was nearly paralyzing as she slept for 20-22 hours a day. I don’t recall the exact source, but I remembered reading about a link between sodas and FM. Since they’re not sure what causes these diseases or if they’re genetic, I figured it was better to be safe than sorry. Plus, there’s all that sugar . . .

I read Master Your Metabolism by Jillian Michaels.  People began to hate going shopping with me. In summary, I learned to stay on the perimeter of the grocery store and embrace brevity. 16 ingredients in a can of vegetables is not good.

I’m not as hell-bent on organic as I was during this time, but I do still pay very close attention to what’s in my food. For example, calcium sulfate is pretty much food-grade plaster of paris. Appetizing? Not so much. Want to learn more? Check out Twinkie, Deconstructed. I can promise you’ll never eat another one after that.

Change #5: I started using DailyBurn to track my foods, and I read some more.

By now, I’d lost nearly 40 pounds and could run several miles. But I’d sort of plateaued at that point, and I wasn’t sure what to do next. So I started gathering information. During this time, I read The Biology of Belief, Change Your Brain, Change Your Body, and Younger Next Year, among others.

From DailyBurn, I learned that I was taking in way too much sodium. Eating out was often the culprit, but some otherwise “healthy” foods are just as bad. If it has a label, you have to read it. And you have to ask for nutritional information when you eat out. I’ll bet you’re in for the same sticker shock I was. After about 2 weeks, the swelling in my hands and feet when I ran went away – magically.

There wasn’t any single factor that led to this decision. It came together from everything I was reading and noticing from my data trends. One simple change was an Egg White Protein Shake for breakfast.

Change #8: I started learning about food allergies and diabetes.

One of my best friends and business partners was diagnosed with a severe gluten and soy allergy. I didn’t even know what gluten was. In trying to support her, I read up on it – and started reading labels more carefully. (Those two are in everything!) I came across a suggestion that gallbladder disease was often linked to chronic inflammation from gluten. (I had mine urgently removed in 2002.) I also read more about soy. Much of it seemed conflicting, but I knew I wanted to learn more.

Also, my Dad had been diagnosed with diabetes in 2009, and it put him on his back for several months. Always a fighter, he altered his lifestyle to overcome it. He became an expert on his blood, testing different food combinations for 6 weeks at a time. I watched him transform his gaunt frame back into the picture of health I remembered. The ideal solution? 200+ grams of protein a day, some vegetables, and absolutely no dairy or grains. It definitely gave me something to think about.

The knowledge that had been percolating for a few months became actionable. I embraced the unconventional.

The unknown ingredients thing was bugging me. I heard about the 1996 McDonald’s Hamburger. And then there’s the Taco Bell “meat filling” with “extenders.” There’s lots of debate surrounding food definitions. I don’t really care; I just know I don’t want to eat that.

Harsh, I know. I did love my cheese. And what about the milk in my protein shakes? (They taste just the same with water.)

Why? One of our fall interns, Ericka Clay, is vegan. We often talked food. She made it not so scary to drop dairy. Then I decided to try the Slow Carb Plan from the 4 Hour Body. With it, I still had a cheat day every Saturday to eat whatever I wanted. The result? I lost 5-6 lbs. within the next week.

Change #11: I stopped eating grains (except quinoa and black rice).

Yes, I know what the food pyramid says. I believe it’s wrong, for me at least. You can certainly judge for yourself.

This change was originally part of the Slow Carb Plan, and I would still eat bread or grains on Saturday cheat days. I also ate quinoa and black rice a few times a week, thinking that they were superfoods that acted more like legumes than grains. (Legumes were a staple of the Slow Carb Plan.) With more research, I decided that I didn’t want to eat them at all. (See Change #14.)

It dawned on me that no one else could/would prepare the food I wanted to eat, and I needed to learn to do it myself. Proving that you can teach an old dog new tricks, I’ve had a blast learning. My daughter would argue that all I know how to cook is “healthy stuff,” but I’m not so sure that’s a bad thing.

I ended 2010 within a few pounds of where I started the year (151.5 lbs to be exact), but I am nowhere near the same person. The education and experience gained was priceless, and I was about to put it all together.

Change #13: I started taking digestive enzymes when I eat.

No one ever gave me an instruction book for living without a gallbladder. Robb Wolf suggests that it plays the role of the canary in the coalmine, alerting the body to trouble. (It’s in this article. Scroll all the way down to just before the conclusion.) Remove it, and you’ve quieted the canary without solving the problem. The inflammation from dairy, grains, and legumes is likely still present. And now you don’t even have the appropriate enzymes to break down your food, particularly fats. (I suspect this is why my bodyfat percentage remained so high.)

If you’ve had your gallbladder removed, I highly recommend trying Paleo (next change) and supplementing with digestive enzymes at mealtimes. All of my digestive problems cleared up. (If you have them, you know exactly what I mean.)

When you focus on what Paleo doesn’t include, it seems extremely restrictive. But I’ve found it to be quite the opposite in practice. There’s not much I can’t have. I just have to alter the ingredients. Here are some of my early favorite recipes: Paleo Pancakes, Caribbean Seafood Stew, and Kale Chips.

Back to the “rules.” I don’t eat any dairy products, grains (even quinoa or black rice), or beans. And for now, I don’t even include potatoes. I may add them back once I can test how they affect my system. Most people would say this is impossible. Fortunately, I’d read about it from Matt Madeiro and Julien Smith firsthand, so I knew that wasn’t the case. And after reading The Paleo Solution by Robb Wolf, I’m convinced this is the right solution for me.

I’ve decided that my goal isn’t necessarily to lose weight anymore; it is to simply be healthy. I suspect that my ideal weight is 135-140 lbs., and that my body will get there if that’s true, particularly if I feed it the right kind of fuel.

Here’s what my first week of meals looked like. You’re shocked at the amount of fat, right? It’s contrary to what we’ve been taught all our lives, but it’s working beautifully. I don’t have to lug snacks around all day. I don’t have to worry about protein shakes very often. The food is delicious. Since I started last Tuesday, I’ve lost 4 lbs., down to 147.5. Most importantly, I feel great.

Will I do this forever? I don’t know, and it depends.

I’m going to continue to learn and experiment. If new knowledge leads me to tweak this approach (or throw it out the window), I’ll likely do that. I do think I’ve arrived at a major destination on my journey – a lifestyle and nutrition framework that works for me physically, practically, and ideologically.

What about you? Do you have a framework that guides what you eat?