Stay In the Ring with Your Resolutions 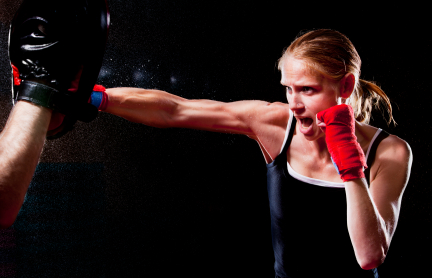 If you’ve already failed at one of your goals for the new year, that’s great news. It means you have a fresh perspective and new insights about the specific challenges of that goal.

Instead of throwing in the towel, stay in the ring. Chances are, you won’t win by knockout with a single blow, but you can outlast your opponent . If you slip up, just think of it as a new round. Go back to your corner, reassess and tweak your approach, and then try again.

Here are three adjustments you can try.

Usually, our goals involve adding activities and responsibilities to our lives. The most successful people focus more on subtraction. Instead of a start-doing list, they first decide what they’ll stop doing.

I was at the Inc. 500 conference in 2008 when I first heard Jim Collins explain this concept. Asked what he was planning to stop doing next, he replied, “unnecessary fire drills.” To him, that meant replying to emails without thinking them through and causing havoc and false urgency within his team. To become an effective leader, this type of self discipline is essential.

Inspired by Jim’s lead, Danielle LaPorte shared her own stop-doing list for fueling her writing and speaking passions. On the list? Closing social media when she writes and avoiding business email on the weekends.

For me, the world changed when I stopped watching television. By accident, I unlocked dozens of hours each week to direct towards other activities. These days, I avoid it completely during the week (except for NCIS on Tuesday nights) and limit it to planned shows on the weekend. (I’m not ready to say goodbye to football just yet.)

Apply this: For every hour of new activity, plan how you’ll subtract two hours.

2. Focus on the How. Forget the Why for now.

We want to lose weight or be healthier. We picture that new body and dream of seeing it in the mirror. That’s helpful for as long as it takes us to identify the specific steps we’ll need to achieve it. For most of us, that means getting enough sleep, eating paleo, switching to a standing desk, and getting some exercise.

Let’s say we decide to start with exercise. Now, our goal shifts from getting a better body to developing a habit of exercise. If we focus on the habit, the result will happen automatically.

Habits have three components: the cue, the routine, and the reward. The cue is the trigger that leads to your habit. The reward is the benefit you’re really seeking, and it may surprise you. Once you’ve identified your cue and the true reward you’re seeking, you can easily change your routine. Here’s how I used this principle to make myself workout every day.

Apply this: Find your trigger.

As Mark Twain said, “Eat a live frog first thing in the morning and nothing worse will happen to you the rest of the day.” Brain Tracy expanded on that thought in his legendary book Eat That Frog. The concept is simple: Each day, do the most important (and probably hardest) thing as early as you can.

If you’re developing a new habit, it’s your frog. You’ll need to eat it before you get distracted. Give yourself some time to do that before you check email or social media.

Apply this: Name your frog and make plans to eat it right after you wake up. Close your email and social media before you go to bed so you wont be tempted.

Remember, keeping your resolution isn’t a shootout at the OK Corral. One slip up or delay isn’t fatal.

It’s more like a boxing match with Glass Joe. If a round doesn’t go well, make some adjustments and try again. You’ve only failed when you’ve given up.