On Extreme Gratitude with Gary Vaynerchuk 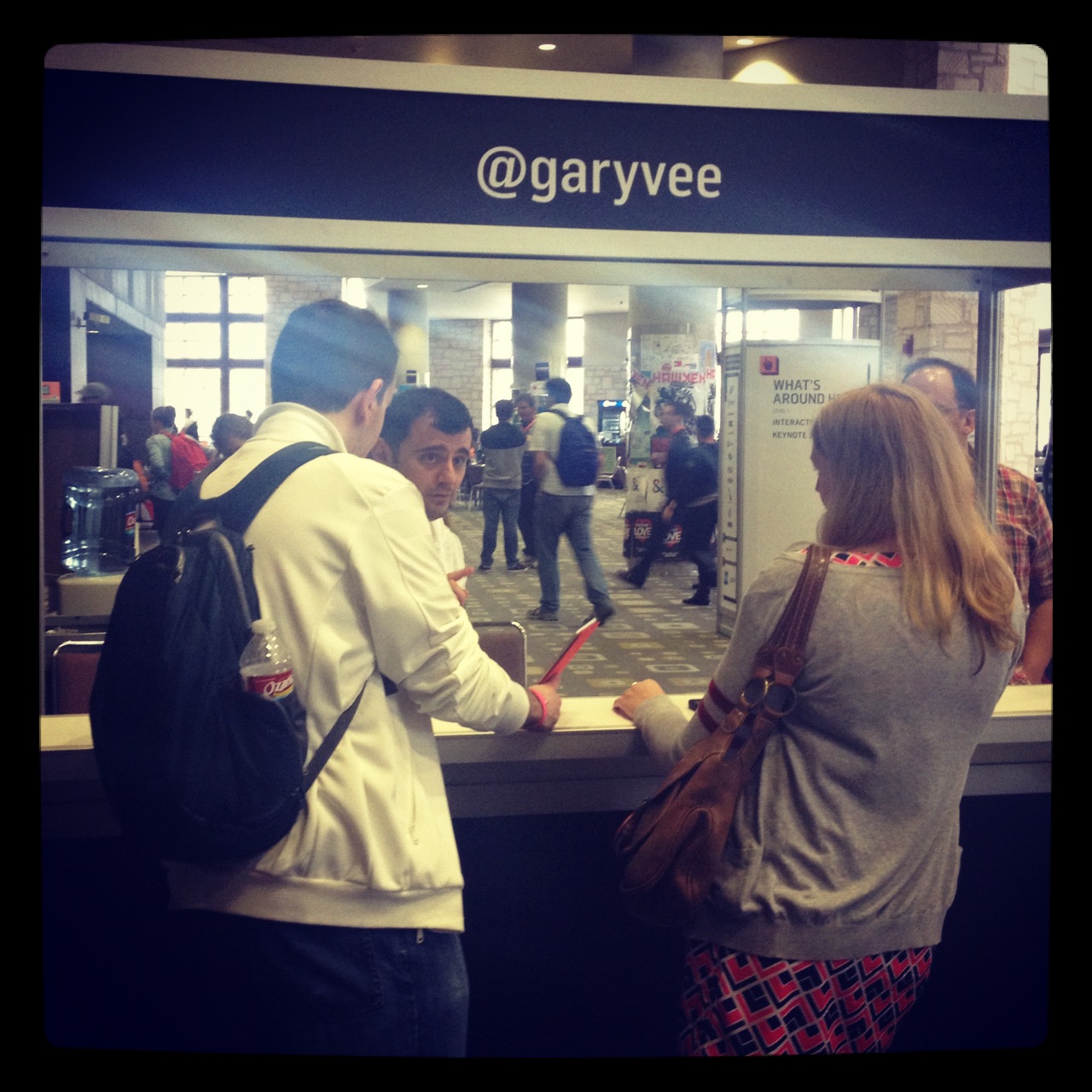 Given the opportunity to deliver a keynote at SXSW (the interactive, film, and music festival that brings thousands of people to Austin every Spring Break), would you instead choose to setup a booth and spend over five hours talking with anyone willing to wait in line to see you?

That choice alone epitomizes why so many of us know and love Gary Vaynerchuk with a crush usually reserved for teenage pop stars.

Immigrating from Belarus in 1978, a three year-old Gary landed in New Jersey and quickly discovered his two first loves – business and the New York Jets. After high school, he was forced to shut down his lucrative card-trading venture to work in his father’s liquor store. By 2006, he had transformed it into a retail wine store named Wine Library and launched the complimentary video blog Wine Library TV. By 2011, the show had 90,000 viewers and sales topped $60 million. It was clear that Gary’s unique approach was quite effective.

In 2009, his first book, Crush It, taught us the incredible importance of passion in business, quickly climbing the bestseller lists. In 2011, his follow-up, The Thank You Economy, quickly became the bible for social media and online business. Set for release in October of 2013, his third book, Jab, Jab, Jab, Right Hook: How to Tell Your Story in a Noisy World, is already available for pre-order. Along the way, Gary and his brother AJ founded VaynerMedia to help Fortune 500 companies find their social media voices and build their digital brands. Their clients include Campbell Soup, PepsiCo, the National Hockey League, the Brooklyn Nets, and his beloved New York Jets.

Despite his success and countless media appearances and speaking engagements, Gary has remained accessible. I eagerly waited over two hours yesterday to ask him about his habits and priorities. I knew his answers would be insightful, but I was still surprised with his transparency.

Starting off, I asked if he had any habits or systems that helped him to juggle so many projects successfully.

At first, he couldn’t think of any. And then he replied, “I live at the extremes. I’m either working or playing. There’s nothing in the middle. I vacation a lot more so that I can work until late at night without guilt.”

He added that it was important to recognize his workaholic nature and communicate well with his family (especially his wife and kids), friends, and team members.

Then I asked how he was able to maintain such intensity and frequency with social media and in connecting at events just like this.

His response revealed classic GaryVee insights. “I value human interaction and gratitude above all. I think everything else is a commodity. And giving is my priority. I don’t believe that I can get until I have given enough, and I always look for ways to do that.”

“I’m recharged by doing something like this, even though it’s incredibly intense,” he also said. “My work is my hobby.”

I followed up with asking about whether there are things he purposefully doesn’t do.

His response revealed a foundational way of thinking that we can all learn from. I would dare say it’s an approach that we should all integrate into our habits.

“I don’t know what I don’t do that others do do. I don’t spend any time thinking about that.”

That crystallized my hunch that he focuses solely on executing through his strengths, completely ignoring his weaknesses. That’s the authenticity that magnetizes us all. It’s what makes the curse words completely unoffensive and the attire utterly unimportant. Focusing on changing them would detract from the amazing gifts that Gary can offer the world.

Though Gary is a master of social media and business, I think he’s teaching us much more than that. He’s living proof that we’ve each been given unique gifts and that the magic happens when we have the courage to shamelessly share them with the world.