The Surprising Truths About Networking from Nan Palmero 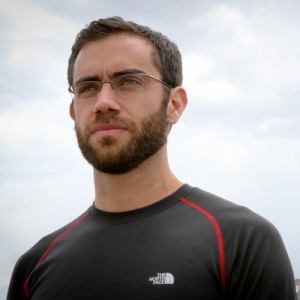 When I first met Nan Palmero a few years ago, he was helping to launch a new app by literally hosting foursquare games on the sidewalk. We had a blast reliving our playground days that weekend, and now we compete to be “mayor” of Bay Area Fellowship on that same app.

I follow his blog to keep up with his latest adventures, whether it’s a Chevy Mancation, meeting General Colin Powell, learning to be Wild at Heart at a bootcamp in Hawaii, running marathons, or speaking at his beloved Blackberry conferences. I know it’ll always be inspiring.

Nan, thanks so much for sharing with us today. I’m really excited about giving my readers a peek inside your awesomely unconventional life. First, let’s talk about your definition of success.

It seems to me that so many people grow up wanting to be something that matters to them. They’ll say they want to be a doctor, teacher, lawyer, astronaut, football player, business man, or something standard. The thing is, there is SOMETHING they want to be. I never had that. I’ve only found that I’ve consistently been curious and looked for opportunities to spend time around people that were older, wiser and smarter than me. Even at 11 or 12, when other kids who came with their parents to a dinner party our families were throwing together, they’d go off and play and I’d stay with the adults listening to their conversations, listening and absorbing.

Roll the tape to present, where I was having a conversation with a close friend about success, dreams and goals. I struggle with this tremendously. Without dreams, how do you produce goals. Sure we can create monetary or relational goals, but you struggle in big picture goals about doing work that is lasting and meaningful. He shared some wisdom that put my soul to rest. Why do I feel the need to have this huge, overarching effect with long range goals? After some fumbling on my part, it seemed that I was comparing myself to others who do have those dreams and do have goals and I valued it. Was it honestly important or was it important only in comparison? What if the overarching goal was to make a meaningful consistent contribution to this world, even if that contribution varied? This brought me comfort, the next challenge is finding the right opportunities to say “yes” to and being responsible with my time and saying “no” as well.

Also, I don’t necessarily consider myself particularly successful. I do believe that I get blessed with some really great opportunities. I push in asking for what I want, more frequently than most. People often ask “how did you get the chance to do that?” or “how did you get that new gadget?” It’s simple. I ask for what I want. I do it courteously, show how it’s a win for the person giving me the opportunity and I make the specific request known. It’s worked more often than not.

My days are so random, they’re humorous. One day might start joining a conference call while in the middle of a workout at the gym. The client knows this, I just mute it until I need to speak. This is a weekly meeting where we talk to the client about news they have and news we have about them, their priorities for the week, our priorities for the week and hurdles each of us is experiencing. It could be as short as 15 minutes or as long as an hour, depending on the amount of each topic. I’ll head into the office where I have to design a digital billboard. A few years ago, a commercial real estate client decided that they wanted a digital billboard for one of their properties. They didn’t have anyone on the team who knew how to run it, so they pointed to me and said “Nan, you’re running this sign.” I had no experience in running a digital billboard, nor the first clue on how to start. It worked out. I design the ads for tenants and manage the digital billboard on 410 in San Antonio.

After that, Erik and I might have to develop some marketing materials for a client. He’ll get me started, because there’s no one faster at coming up with great ideas, then I’ll work on the messaging to make sure it is clear, short and sells. We’ll ship it to Kristen who proofs it and shares it with our designer. After that, we’ll have a meeting with a salesperson for one of our clients. She’ll come in and details her frustrations on dealing with gatekeepers, or moving a stagnant prospect along in the sales process. Other times we may be meeting with the leadership team of a company. They’re often all excellent at doing their job and don’t see the small important details like core values, which we will help them put on paper or making sure their team is playing to their strengths.

Do you have any particular habits or routines that have allowed you to develop your network and enjoy such unique experiences?

There are two books that have been so important to my life. How to Win Friends and Influence People by Dale Carnegie and Never Eat Alone by Keith Ferrazzi. The first book has helped remind me how important it is to be interested in others rather than try to be interesting. Asking great questions when meeting someone and not talking so much has been wildly important. Also, Carnegie talks about taking a genuine interest in others. The world becomes quite a fascinating place when you do this. Oddly, when you let others speak, pay genuine attention, there is often an unintended consequence – they end up with a greater affinity for you.

Regarding Never Eat Alone, I was pushed to leverage my network for the benefit of others. It was a great explanation that when you extend your network of connections, you aren’t sacrificing a request and using up your goodwill. Your requests on someone’s behalf is not a removal of the pie, because you’re looking for a win for the people involved. Your network benefits from knowing one another and the right people will recognize that. You look for the opportunities to benefit them when they are least expecting it.

I love the concept of building and using your network to benefit others. I agree that it’s one of the most powerful things we can do. Can you give us an example of that?

I had a really close friend in elementary and middle school. We spent all our time together. When I was a freshman in high school, my family moved from Portland to Corpus Christi. My friend and I lost touch but reconnected a few years ago via Facebook. When our ultra talented intern at Salesby5, Kenneth, was going back to film school in New York City, he was looking for a job. It didn’t have to be in tv/film, but he at least wanted to intern or even fetch coffee in the industry. He’s a great guy. My old friend from Portland had moved on to produce and write for major productions in NYC, so I reached out and offered to connect them. I suggested our intern would be a great fit for anyone looking for an extra hand in the business. My old friend agreed to meet with our former intern in NYC when their schedules lined up. They hit it off. Kenneth ended up getting hired for a national gig that was filmed in Times Square and they are lining up their next venture together. We all thanked one another. I thanked my old pal for taking a chance on a new guy, Kenneth was thankful that I had lined him up with a well-connected friend and they each thanked me for putting them together. It was such an awesome win for everyone.

When Jim Collins spoke at the past Fortune Leadership Summit, he encouraged us to create a “Stop Doing List.” Review the time that we’ve spent on different projects, find those activities which are sucking our time and stop doing them. That might be a project where we said “yes” when we should have said “no” or maybe it’s a project that made sense in the past but times have changed and they no longer are effective uses of our time. I really dislike saying “no” so this is difficult for me. One of the things I really enjoy is helping others, it’s just important to remember that I need to say “yes” to the right projects to help others instead of whatever project comes across my plate. This is my next big habit.

Nan Palmero is an expert Nerd to English translator and the Chief Inspiration Officer of Salesby5. He completed his Masters program at my alma mater, Texas A&M University – Corpus Christi, in a brisk 11 months. He spends hundreds of hours per year on continuing education to develop his passion for bringing the best tools together to increase sales for companies and organizations.