On Being a Superhero with David Crandall

I have a soft spot for superheroes. From Rainbow Brite to Inspector Gadget and the Teenage Mutant Ninja Turtles, I grew up believing that they could save the world. Now, I know that all of us have superpowers – but not all of us claim and use them. We need to change that. 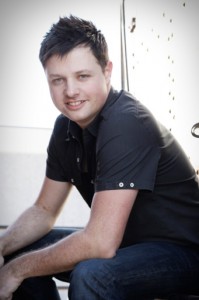 I first discovered David Crandall when his Anti-Resume Manifesto went viral. When a casual Twitter post mentioned that he was accepting new clients, I jumped at the chance to work with him on a key presentation. Somewhere along the way, I realized that his superpowers were, in fact, real.

His x-ray vision and telepathy have pulled project ideas from within our team that we didn’t even know existed. And he’s certainly consumed all that’s written about our organization’s history in the few short months we’ve been working together.

David, I’m honored to introduce you to my readers and thankful you’re willing share a peek inside your superhero life. Let’s get started with how you define success.

Of all the creatures that inhabit this earth, I believe we are the only ones who pursue success. More than the blue ribbons or gold stars of our youth, success is something we are willing to shift our entire lives to achieve. A particular type of job, a marital/family status, a title, or any of numerous other things that humans pursue, success is the standard we hold up against our lives to see if we are measuring up or falling short.

Because of this, I personally view success as a deeply spiritual concept. The overarching standard that I hold in front of me for success is whether or not I am living a life that honors my God. That plays out in all areas of my life first as a husband, then as a father, and then as everything else. In fact, my online social media accounts all hint as how I view this concept. Nearly all of them start out with “Husband. Father. Hero.” As a husband and a father, I am successful when I live my life in such a way that my wife and children flourish in who they are. It sucks because I’m constantly discovering new ways that I’m selfish and have to figure out how to put that aside for them since, ironically, my selfishness gets in the way of my idea of success.

And the “hero” part of that is me carrying this idea of enabling others to flourish outside of my family. I actually am crazy enough to believe that I have super powers and can do things many others cannot. But what is a hero if they don’t use their super powers for the good of others? Fairly unsuccessful, right?

In short, my definition of success is defined in regards to the relationships around me and whether or not the life I am living honors them and allows them to live a better life. And this is something that I am willing to shift my entire life to achieve.

Was there a time when you had a different definition? What changed that?

As a young adult, I viewed success as a string of increasingly boast-worthy achievements and the ability to obtain bigger and better possessions. Ha! What I found was as I gained more notoriety in certain areas, and as I bought bigger and better things, it never did anything to enhance my sense of success. Sure, it was nice to have a six figure job as a college dropout, but when I’d only be home for an hour before my kids had to go to bed it just didn’t make sense to me to call that success.

What changed for me was discovering an incredible world of people online who had left the template life behind and were seeking new ways to live. After reading Tim Ferriss’ “4 Hour Work Week”, I was “ruined.” I discovered that others had left behind my idea of success and traded it in for a new one. Their idea of success was much different than what corporate America had instilled in me.

With that wake up call, I took a step back and listed out what was most important to me and altered my view of success based on those things instead of paychecks and purchases.

Well, I’m a father to three children ages 1, 3, and 5…which means I will define “typical” quite loosely for the sake of this question.

I wake up around 9:00am and make my way downstairs to have breakfast. This involves me eating 90% and my 1 year old begging for bites like a park pigeon (he eats non-stop). I spend the mornings and lunch time with my family as my children are in their best moods earlier in the day. At nap time (theirs, not mine), I make my way to my office upstairs. Most days, I work 1pm to 5/6pm and then break for dinner and spending time with the family again. After the gigantic ordeal that is getting three small children ready and in bed, I spend a little time decompressing. My wife and I will usually watch a show or two together and then she heads to bed. I usually go back to my office around 9:30 and work until at least 2am. It’s not uncommon that I’ll work later than that since everyone is asleep and I have no interruptions. If I’m done with work for the evening, I’ll relax and read a little bit for a while before going to bed. Bedtime is usually 4am to 5am. Then it all starts again in 4 to 5 hours.

And yes, I really do sleep that little during the week. However, I sleep much more on the weekends and often take naps when the kids do on Sundays. 🙂

Even though I work a lot of hours throughout the week, work fits around my life and not the other way round. And with no commute time, I save nearly an hour and a half to two hours everyday compared to what I had when I was in corporate.

Whew. I’m tired just reading that. From working with you, I know you have a unique approach and workflow to your projects? Can you describe it?

My overall process is to set up an initial conversation with a client and try and find out what they need. From there I will create a proposal to let them know my recommendation and how much their investment would be. If possible, I set up another meeting to discuss it and then make any necessary adjustment in a final quote. I start working once a client has placed faith in me in the form of a 50% deposit. I send proofs of work and try and keep communication as open as possible so I’m aware of what expectations are being placed on the project. Once final payment has been made, I deliver final work.

With my background in corporate life and having run my business for this length of time, I am intentional about processes. When I was younger, every new client was a new process. It was exhausting! Now I try and streamline things as much as possible and re-use certain types of work. For example, I created templates for proposals, quotes, invoices, etc to make creating them as fast as possible. An invoice used to take an hour or so to create because I’d do it from scratch. Now it might take 10 minutes. Those types of processes add up!

It’s also freeing when you take the parts of your business you’re not excited about (e.g. creating invoices) and turn them into standardized processes since it frees you up to do more of the parts you like. Every time I realize I’m doing something repeatedly, I do my best to standardize it or automate it. My goal is to “dumb” it down as much as possible so that as my business grows, I can hand certain parts of it to others and know that a process will be in place instead of them having to sit with me to create it.

Before we wrap up, I know you’ve made a transition to eating paleo. Can you tell us more about that?

In the past year I’ve met a lot of people who were excited about paleo/primal eating. All of them were much healthier than I was. With a history of intestinal problems and the weight gain that is common to aging men (love handles anyone?), I was tired of just wishing I was healthier. Everyone I had met doing the paleo diet was excited…EXCITED about how they were eating. Not depressed or militant, but happy to be eating that way and wanting to share it with others. That’s appealing to me.

The hardest thing for me was giving up bread and sugary goodness. I was often compared to Buddy from the movie Elf and knew my five food groups of sugars. But with my stomach hurting more and more with age, I knew I needed to make this change. Rarely have I had stomach pains since starting in May. Also, my migraines have decreased to almost non-existent (same with my wife) and I had to buy new clothes since my older ones were getting too loose.

To be fair, my wife and I have now moved to a more 80/20 paleo diet. We have introduced reward days and reward meals (we like “reward” better than “cheat” since we don’t feel guilty about it). Basically we have one day each week and one additional meal we aren’t strict about our diets. This gives us mental sanity and helps with social settings when people want to eat food that isn’t really on the diet. Honestly, we don’t really stray that far from the diet though. I usually have 2 or 3 tortillas with my fajitas or something like that for a whole reward day. It’s rare that we eat anything that is all that scandalous.

Are there any habits you’re working on next?

I’ve begun toying with the idea of (gasp) intentionally exercising. With paleo, I had to sit on the idea for a few months and mentally get ready for it. With summers in Texas consistently above 100 degrees, I just don’t want to do much moving at all. I’m slowly working on that though and even went kayaking for a few hours earlier today.

Also, I transitioned to a standing desk about a month ago and have committed to that for the time being. It’s a step above the sedentary lifestyle of sitting at the computer all day. Yes, my feet do get tired but my back isn’t killing me anymore. Also, it helps me lose weight quicker since my former chair dancing while working has evolved into full blown dancing while standing up.

It probably comes as no surprise that I leave my office door closed while doing this though.

David Crandall uses his superpowers to help brands that want to make the world a better place. You can see more about the project we’re working together on at texasbusinesswomen.org. (It’s still in the implementation phase, but we’re already proud of how far we’ve come.) You can also catch up with him at BlogcastFM, the one stop resource for online businesses and entrepreneurs.