Maybe not completely. But almost.

I’ve talked with several people lately that want to make changes in their life before the year ends. They’re all changes that they’ve attempted in the past.

They are going to try harder.

That’s it. That’s the plan.

And it’s pretty much guaranteed to fail – like it has every other time before. [Want the research? Here’s the scientific explanation.]

Pretend the goal is trying to bowl a strike. Using willpower means you’ll end up in the gutter nearly every time. 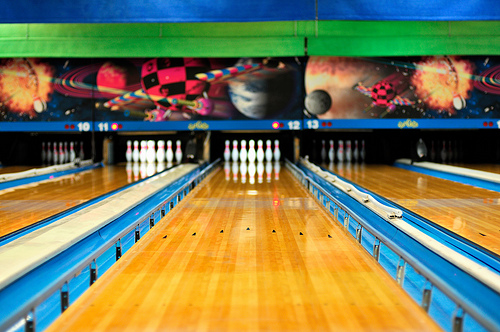 Instead, you’ve got to install your guardrails.

There are three ways to do that.

Proverbs 4:26 says to “Make level paths for your feet . . .” Basically, you must remove obstacles that often trip you up. If you’ve tried before, this should be easier. Where did you get off track? Make a list and attack them one by one.

Trying to eat healthier? Remove the junk food and sodas from your refrigerator.

Trying to spend more time with your family? Remove the email app from your phone and leave your computer at the office.

Trying to watch less television? Remove it from the main rooms in your house.

2. You’ve got to build systems that support you.

Remember the adage, “work smarter, not harder.” It applies here. And there’s no limit to your creativity or the number of layers. For areas of real weakness, I have multiple “bumpers” in place to keep me rolling forward. Actually, your weakness can be a secret weapon.

For eating healthy, what if you planned your meals for the week every Sunday and bought only what you needed?

For us workaholics, what if you had a reminder at 3pm that encouraged you to complete your most important work in the next 2 hours? It could be a co-worker, a pop-up on your computer screen, or a text on your phone.

For the tv addiction, what if you made a list of all the books you’ve been wanting to read?

3. You’ve got to think ahead and plan a strategy for sticky situations.

This trick amplifies the effectiveness of the first two. Think of it like a game. Identify when you think you’ll need willpower and plan a strategy to avoid or navigate the obstacle.

For example, if you grab a candy bar from the vending machine at 2pm every day, pack some healthy fruit and nuts to satisfy your cravings. You can also recruit others to help you. Have a gym or running buddy that you don’t want to let down. Empower a co-worker to remind you to eat healthy on those lunches out.

If you’re tempted to turn on the tv when you walk in from a hard day’s work, place your walking shoes right by the remote as a reminder to get some fresh air.

For each change you want to make, you’ll achieve it faster if you make it a habit.

And another note: If you’ve read to the end of this and you really don’t want to do these things, it could mean that the goal you’ve selected really isn’t that important to you. That’s worth some thought too.