The Most Productive 10 Days of My Life 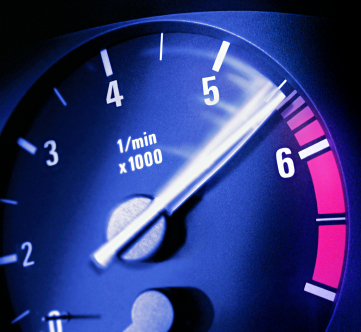 On Monday, June 25, I left Tool, Texas, at a few minutes before 6:00am. I arrived at my office at Port Royal during lunch and kicked off what’s shaping up to be the most productive 10-day stretch of my working life.

I would have never predicted it, and I didn’t even realize it until I started preparing for my next Weekly Review. In fact, my previous experiences would have led me to think just the opposite: a period of burnout or sickness was likely. It’s been intense on just about every front, and I’ve had very little rest.

But just the opposite happened. And I think I know why.

At Port Royal, we’ve never relaxed in our quest to be the premier resort on the Gulf Coast. Since the new management team came together late last year, we’ve been running at a full sprint (after weathering a very difficult previous year). During the winter and early spring, my team and I overhauled the budget implementation process, automating how we allocate expenses and strengthening our reporting. We’ve also been through every audit imaginable. In the last few months, I’ve added revenue management responsibilities, which required learning a whole new philosophy and skill set. (Yep, CPA’s and marketing can mix!) I’m responsible for gathering and crunching all the data each week, and then coordinating the awesome team that analyzes the trends to make decisions about rates and promotions. It took about 12 weeks of practice before I was no longer overwhelmed by the demands of updating our forecast models each week. Recently, we’ve begun to see the true first fruits of that weekly dedication and commitment.

On June 10, I was installed as the President of TBW. We were founded in 1919 by women that refused to to be victims of inequity. Similar threats are present today, and we exist to face those challenges together, through the power of continual career relevance, strong network connections, and prioritizing our critical health issues. I’ve been a member since receiving a scholarship when I was 17 years old, and it’s a tremendous honor to be in this leadership role. I also feel an overwhelming responsibility to continue and build on our legacy, and we’ve outlined an ambitious plan. Between last December and June, I spent an average of 8 hours a week on TBW activities. Since assuming the leadership role (which is somewhat comparable to an Executive Director position), that has increased to 15-20. My nights and weekends are often full.

My husband and I have been growing our involvement in the Westside campus of our church, Bay Area Fellowship. We’re greeters every Sunday at the 1:00pm service, and I’d been teaching one of our GED math classes every Tuesday since last September. On June 19, we kicked off Startup Summer, a 6 week class based on the principles of the $100 Startup by Chris Guillebeau. It’s something we’re absolutely passionate about, and the class interaction last Tuesday was beyond my wildest dreams. It adds another 3-5 hours of prep and 2 hours of teaching to our weeks.

In the past year, we recommitted to spending more quality time together as a family and with our extended family (which means lots of travel). We’ve outlined specific skills and values that we want to teach our daughters, and we spend dedicated time on that each week. We’re faithful in attending our weekly Life Group meetings and applying what we learn. For the last six weeks, we’ve been studying Honor’s Reward by John Bevere and really challenging ourselves to live with complete honor. To say it’s been tough would be a massive understatement.

And then there’s the bundle of entrepreneurial energy and drive within me. There’s no denying it, and it can often be distracting. Recently, I’ve purposely reined that in and forced myself to focus. I’ve identified a plan and mostly limited my entrepreneurial hours to between 4:30 and 7:30am. Needless to say, I don’t have much trouble getting out of bed.

So, what’s the big deal about the last 10 days?

For the first time ever, I completed everything I identified as a priority during that period – and in less than optimal conditions (or so I thought).

During each Weekly (which could be anywhere from 5-10 days) Review, I look back at my goals, project plans, and calendar. Then, I generate a priority list for the week that becomes my Weekly Planning Dashboard. I also setup my daily goals in Remember the Milk, update my Asana timelines, and block chunks of time on my calendar. It takes about 2 hours for each planning session, and I’ve used this basic process for nearly 10 years.

I aim for 3 big accomplishments each day (in addition to my standard leadership, reporting, learning, and maintenance tasks) so my weekly lists usually have 15-21 items. During May and June, I had been coming up very short each week, so I started aiming lower, having as little as 9 goals each week. For this last cycle, I just followed my plans and let the count dictate itself. I started with 17 and added 4 along the way. That’s a lot to bite off, and it was some big stuff:

– Add 2 new coaching clients and have their first calls

All while keeping up my normal workload of leading, reporting, exercising, writing, and learning.

When my week started, I was coming off 16 hours of driving with absolutely no rest time. I’d taken one full rest day in the last 27 days. And for many of my weekly goals, no one else would care if they were completed. I had very little accountability or third party pressure. If I had thought about it for long, I would have recognized it was a recipe for disaster.

All my life, I’ve been focused on goals and results. I’ve always had a particular target (or two or twelve) that I was aiming for.

But for the last 84 days, I’ve lived differently than I ever have before. Steven Pressfield calls it “turning pro,” and that’s pretty spot on. Somewhere in this journey, I gave up on aiming for a particular result. Instead, I began to trust in the plans that I’d selected with the guidance of mentors and focused on just doing those things every day.

Instead of fighting so hard to be successful, I just adopted successful habits.

And when I was buried under stress, they took over. My auto-pilot kicked in, and it had been trained to get the right things done.

Oddly enough, one of my priorities this week was to finish the book I was writing about how you can use habits to accomplish anything. More than ever, I can assure you that it works – especially when you think it won’t. That’s where the real magic is.

Focus on your habits, and you’ll get the results you desire thrown in too.

What do you think? Are you willing to give it a try?