Success Is a Trap 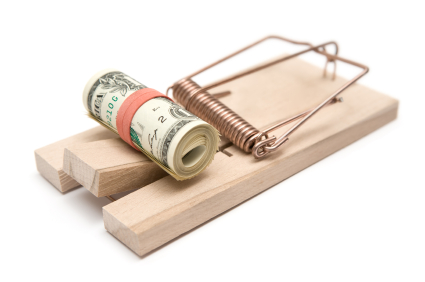 Sometimes the greatest obstacle to moving forward is looking backwards. We cling to the memories of our good ‘ol days, linking our identity to a past success.

Maybe it was winning an athletic championship in high school or college, or maybe even a single incredible play. Maybe it was a position with inside access to movers and shakers. Maybe it was a work project that mirrored the case studies you read in college. Maybe it was earning more than you’d ever dreamed of for a period of time.

We often talk of learning from our failures and putting them behind us. The same is true of our successes.

Here are three ways success can be a trap, and how to escape them.

1. Clinging to the old identity prevents us from being open to a new one.

Failure’s hard, but success is far more dangerous. If you’re successful at the wrong thing, the mix of praise and money and opportunity can lock you in forever. – Po Bronson

In a well-known example of this, performer Jay-Z admitted being addicted to the thrill of drug dealing. “You become addicted to the feeling, the uncertainty and adrenaline and danger of that lifestyle,” Jay-Z told Oprah. He even made preparations to return to the streets in case his music career didn’t work out.

Every wantrapreneur that has let lifestyle creep prevent them leaving a salaried position to pursue their dreams can probably relate to this one as well. Each time our pay increases, the cycle continues. More pay leads to more house, more cars, more toys or clothes, and those lead to more focus on getting even more pay. Even if you weren’t successful at the “wrong” thing, being locked in to an old identity can still be a trap.

To escape, the first step is to simply recognize that you’re in the grasp and dissect it. Identify the constraints one by one and create a plan to remove them. It may take a while, but there’s not much worth pursuing more than freedom.

2. Recycling a particular doctrine or approach may not be effective in a changing world.

In layman’s terms, we call this a “rut.” And relying on what worked in the past may be the quickest way to fall into one, particularly if you focus on the tactics as opposed to the strategy. Here’s a great example from Jonathan Fields about companies telling us of a “special offer” right after we decide to cancel their service. It might have worked when our only method of communication was the phone, but it doesn’t translate well to the web (where tons of comparative information is at our fingertips).

Personally, this is one I’ve struggled with. My old thinking told me that the most important ingredients for building a business were a great idea and enough money. I’d seen that approach be successful, for myself and others. Now, I’m convinced that a lack of money can be an ideal constraint, forcing you to test your ideas with customers very early in the process. (If you struggle with this one too, read this, this, and this.)

To escape this trap, you’ll need to continually assess and update your skills and perspective. There’s nothing more dangerous than not knowing what we don’t know. Previous successes can camouflage this incompetence very well.

3. Focusing on the fear of losing what we’ve gained narrows our thinking and makes us unreasonably risk averse.

Don’t be afraid to give up the good to go for the great. – Kenny Rogers

This one’s similar to the first two traps, but particularly insidious. In this case, we know we’re trapped, but we’re scared of encountering a even bigger trap (even though that rarely happens).

We can’t get past the flinch. As Julien Smith shares in his book of the same name, “whatever form it takes, the flinch is there to support the status quo. It whispers in your ear so you’ll dismiss a good idea that requires a lot of change.” (Download it; it’s free.)